In our previous article, we talked about the ranged weapons of the Middle Ages. This time we are going to cover the subject of firearms.

Firearms fire projectiles that fly out of the weapon’s muzzle under the pressure of gunpowder gases. The fire lance, which was invented in China, was the first weapon of this type.

In Europe, firearms first appeared in the late Middle Ages. There were two types of them:

Also known as the “hand bombard,” this weapon came into use in Europe in the XIV century. It was made out of bronze or iron, and it used stones or lead bullets as projectiles. Later, hand cannons came to be replaced by arquebuses.

This firearm appeared in the XV century. The arquebus weighed less than the hand cannon, and it had a long barrel, a convenient shoulder stock, and a matchlock with a trigger mechanism. As a result, it was easier for soldiers to fire accurately over long distances.

According to some sources, this was the first firearm in Europe. The hand-held culverin was about a meter long and fired lead bullets. It took two people, a shooter and a loader, to operate this firearm. This weapon could pierce a knight’s armor, but it was heavy and inconvenient.

A stationary culverin was a cannon that fired lead cannonballs or stones. Soldiers had to use carts and mount the culverin on trestles on the battlefield until a wheeled gun carriage came into use in the middle of the XV century.

“Bombard” was the common name for the first artillery pieces of different calibers and designs. The first bombards were made of iron bars that were forge-welded onto a wooden base. The whole construction was subsequently tightened with iron hoops. In the XV century, bronze replaced iron as the material for casting the barrels. Bombards were deployed both as field and naval artillery pieces.

The volley gun is a piece of artillery with multiple barrels bundled together. It could shoot projectiles in volley fire, either simultaneously or in succession. Depending on the caliber, volley guns were either mobile or stationary.

Next time, we’ll be telling you about siege weapons, so follow the news! 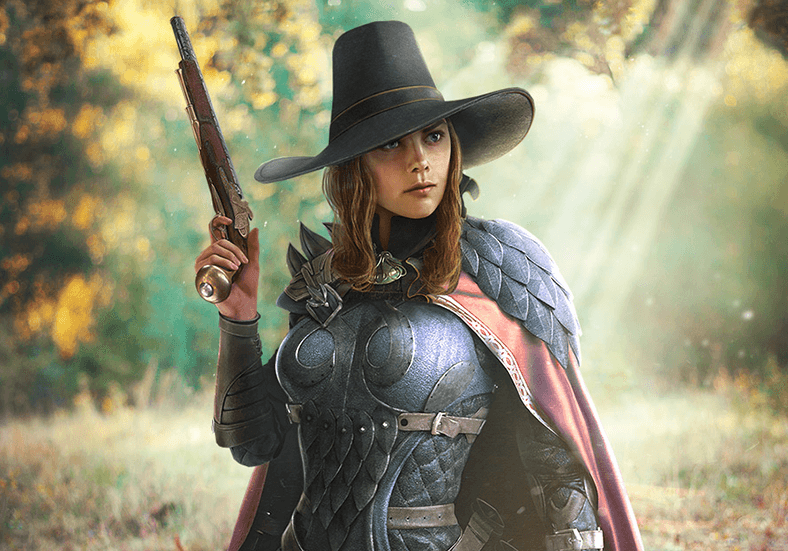